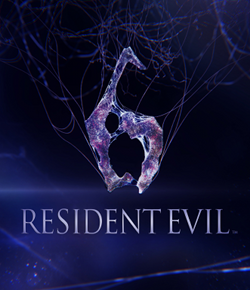 Blending action and survival horror, Resident Evil 6 promises to be the dramatic horror experience of 2013. Resident Evil favorites Leon S. Kennedy, Chris Redfield and Ada Wong are joined by new characters, including Jake Muller, to face a new horror, the highly virulent C-virus, as the narrative moves between North America, the war-torn Eastern European state of Edonia and the Chinese city of Lanshiang.

With four distinct, yet interwoven story threads, each with their own pair of
protagonists for either solo or co-op play, both offline and online, not only
will Resident Evil 6 deliver both different perspectives and gameplay styles
but, with the introduction of the innovative Crossover mechanic players will
be able to team up and share the horror. At key moments during the game, up
to four players can join together online to tackle a specific situation, with
some stages seeing the usual partnerships swapped to further increase the
depth of gameplay.

Features
* Horror on a global scale No longer confined to a specific location, the
outbreak of the C-virus is worldwide with the action taking place in
North America, Eastern Europe and China The most expansive Resident Evil
game to date- Experience the horror through four distinct yet intertwined
campaigns:
* Solo or co-op play Resident Evil 6 delivers both single and two player
co-op gameplay either offline or online (however Ada Wong&#039;s campaign is
one player only)
* Play your way Use skill points to upgrade your character to provide
faster reload speed, improved firepower or increase your health bar with
the Character Skill system
* Mercenaries returns Players will once more be able to enjoy the highly
popular Mercenaries Mode
* 7 Additional Stages for the Extra Content Modes - Previously available
for purchase as DLC for the console versions, these 7 additional stages
come as standard on the PC version.* These stages are unlocked via
achievements. 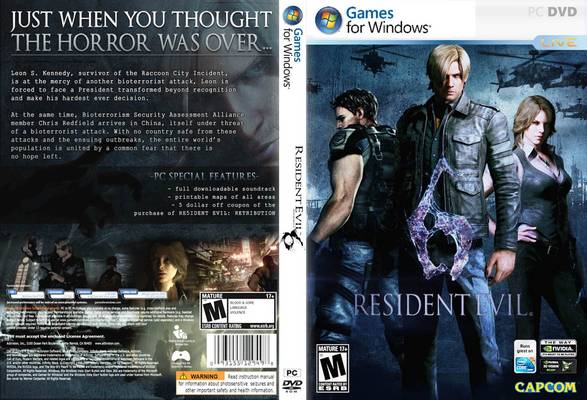 Instal Notes
1. Burn or mount the image.
2. Install the game.
3. Copy over the cracked content from the /Crack directory on the image to
your game install directory.
4. Play the game.
5. Support the software developers. If you like this game, BUY IT!